A preacher flew by on this particular Sunday and I could almost hear his Sermon:

“Twenty years from now you will be more disappointed by the things you didn’t do than by the ones you did. So throw off the bowlines, Sail away from the safe harbor. Catch the trade winds in your sails. Explore. Dream. Discover…Mark Twain I believe… but does it matter”

“…Raise the sheets, Batten down the hatch
Adventure awaits…
Cheers, and thanks for the popcorn……”

Out on Minot Beach, Scituate Ma, for a Sunrise Project exposure, and as we are waiting for the rising sun she says “how can such a small thing give off so much light”…. A matter of perspective.

There are many directions to gaze when trying to achieve that calming, peace-making humility.
To be in awe of nature and its patient strength..
And if you’re lucky, or better yet ~ paying attention..
You may….
Just for a moment..
Grasp its’ size..
And feel that foggy back-of-the-mind nagging that whispers to you at these times “you almost got it”
Or that hazed “Eureka!” vision that’s jusssst beyond your periphery…
That moment of being in the moment.
I understand those that climb Everests
Row Atlantic
Boston Run
Pack Grand Canyon Sublime
Travel starward..
Hug their child
Wave riders
River runners
and on
I understand those that Step-out to home’s front stoop and…
if for just a moment ~ Inhale the Imagery. 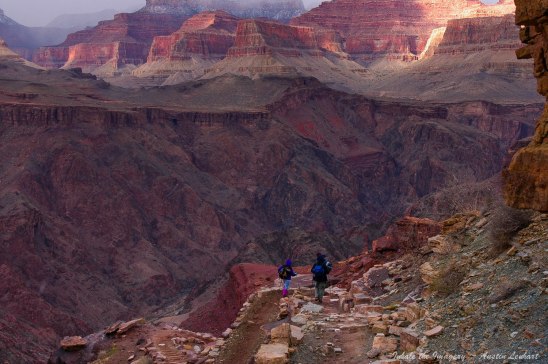 Today’s Dorothy wears shoes of travel but understands the color-classics…. She knows she is not in Kansas or other destination, but in MOMENT; this moment being Maryland. She doesn’t “wish” to be geographic-defined but to be “dynamic” in range.. Not static in place but moving in FAMILY…and that yesterday’s yellow is today’s mottled, shades of red, green and gold… Of well family-traveled road.

“JULIE MARRY ME!”… That’s what’s etched on the 2nd straight post on the right; the post just past the one advertising “DL + SJ”.. It’s there.. trust me… The bridge is kinda out there in the back-backcountry but it appears to get frequent visits from high school age kids or those that just graduated…like Julie (I hope).

As for the Bridge: Named The Humbert Bridge. It was constructed in 1891 and appears to have been red ever since.It is a 126′ 6″ Burr Arch truss (whatever that means) covered bridge that crosses Laurel Hill Creek in the Turkey foot township.. Seriously.. Turkey foot? with that name the high school residences probably brought a few beers on their visits so as to take the edge off of living in…. Turkey foot USA… But back to the Bridge..In the 1980s it was reinforced with metal support rods (you can see them and their anchors in the exposure)… so the bridge, through the years, has been well cared for..There are no other interesting historic notes about Humbert Bridge, other than the bridge itself and being one of only 10 in the county.
However!!! I found out through internet research that in 2006 someone tried to blow it up.. WTF! Why? because it’s there… or maybe the fuse was lit by the frustrated and rejected, that is if he was rejected, courtin’ tagger who was smitten by Julie. I would HOPE not.. I HOPE Julie accepted his proposal.. either way I HOPE that was the last of destructive tries on this bridge. And if one thinks of doing such destruction I HOPE they read the tags etched in Humbert’s wooden supports and they come to realize that maybe ,some day, Julie’s children will walk the Humbert Bridge and come by the etched recording where their life, their family and their future had begun… “JULIE MARRY ME!” 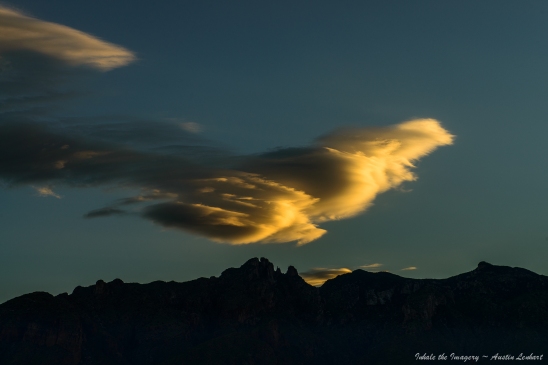 “Dad! Look!!! a shooting-cloud!” At least that’s what I hope she would say, so them maybe we could sit for awhile and watch its’ motion. She could ask questions that only a child could ask of ‘Shooting-clouds’….”Dad, why does it glow on the bottom?”.

“well it has to do with the changes in the air that she moves through and how she approaches that change”.. “So…moving quickly, like all interesting meteoric clouds do, and at such a daring low trajectory, heats the bottom of the cloud, making it glow”, I would say

“Trajectory!”, “What’s trajectory?” she would ask

“Think of the shooting-cloud as a very flat rock that you see by still waters. You pick that rock up, crouch low to get the best approach and throw it… that’s trajectory. It skips across the water, leaving ripples before disappearing .. now think of those ripples as glowing light…” I point to the cloud, “You see Chelsea, that’s your Shooting-cloud; skipping above finger rock on rarified,still waters of Tucson Pond.”

That would be a nice conversation to have.

PONCE DE LEON! YOU GOT IT WRONG 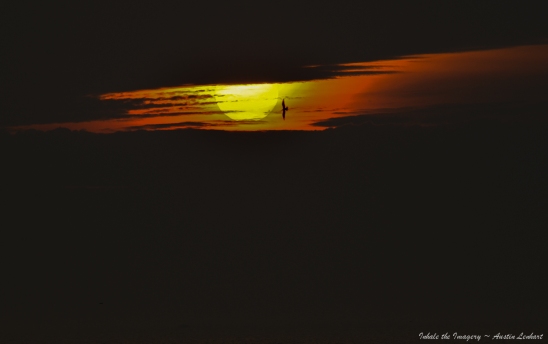 Jonathan recognizes the black-spot among dark ocean wave…. A fishing-boat form.. He sets sun’s candle to Nature’s only morning window; guiding Atlantic fisherman, as Scituate Light would, in dark, stormy morning rise… leading to comfort and calmness of Scituate anchor.

AS SHE MOVES FORWARD 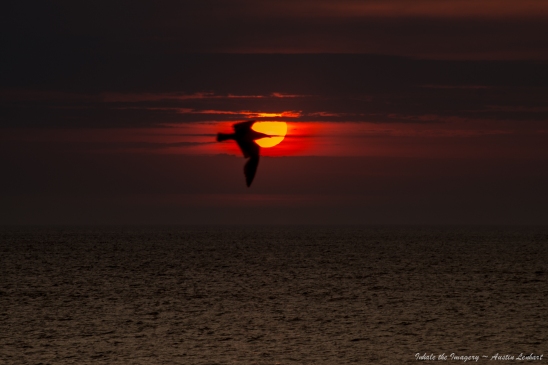 As She put shoulder to rising sun, she had remembered what her Father and Mother had said “Only those who attempt the absurd, achieve the impossible”

JUST FOR THE HECK OF IT

SO… why do they fly so low to ocean-wave and floor?

We were in Mancos, Colorado when I picked up his print; A Tim Cox creation called “Just for the Heck of it”. One of my favorite paintings.. It depicts a cowboy, in full rain gear, holding reins in one hand, steadying hat with other.. At a full run with his horse..I mean full-run.. Huge thunder clouds in the distance; sun setting on them.. Calm where he rides. There appears to be no reason for his action other than what the author (painter) has shown me “Just for the heck of it”…

SO… why do they fly so low to ocean-wave and floor?