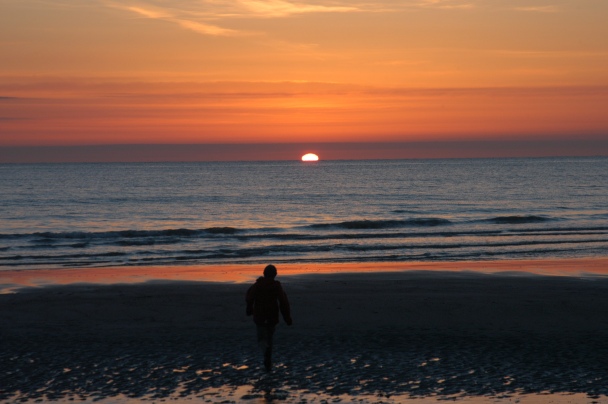 SO Sydney and I are off on an early morning , as she calls them, Pirate adventures. Up just before the sun rises, a quick stop at SwashBUCKlers for dad and daughter grog and off to explore. A Seagull gawks above.. Sydney!! “Its speaking seagullese. All pirate captains speak fluent seagull and he’s tellin’ me head south for the best adventures” Were heading north and Syd says “wrong way captain” I say the seagull has its belly to the land and back to the stars, it flies straight as the string he does but us lanlubbers got to falla’ the roads… glad to have a daughter who still believes in my dillusions.. We hit the beach for the rising sun and as always she was eager to catch it..